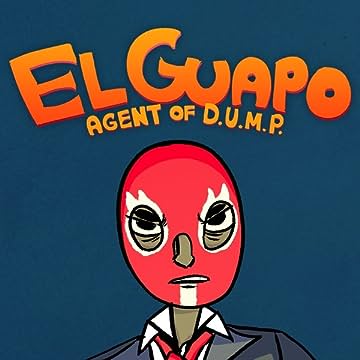 Hector Alvarez, aka El Guapo, is one of the government's top secret agent superspies-often considered the Mexican-American James Bond. His stunning good looks and suave personality are matched only by his cunning and his ability to stop the world's most infamous super criminals. While investigating the criminal organization known only as The Anchor, Alvarez is brutally beaten and his infamous good looks are destroyed in a chemical fire. Donning a traditional luchador mask to hide his now-hideous appearance, Alvarez is reassigned to the little known governmental agency, the Department for Unusual Menace Protection (DUMP). Teamed with a genetically modified gorilla, El Guapo faces the most bizarre threats known to mankind, all the while seeking revenge against The Anchor for ruining his life.