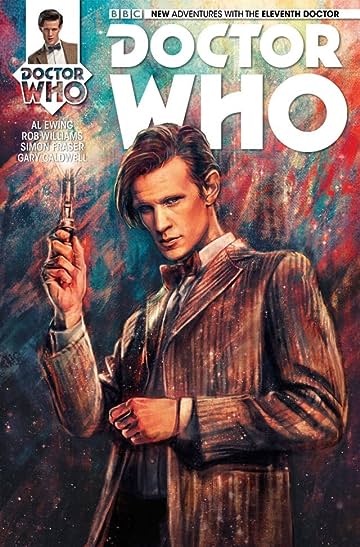 The Eleventh Doctor has an all-new companion – with a force of personality capable of bending time itself and all the energy of a star’s exploding heart, the Doctor blasts into the hollow, tragic life of Alice Obiefune, a woman with so much to offer, and gives her the chance to scream “Geronimo!” at the thrills, colors and terrors of an infinite universe! Masterful writers Al Ewing and Rob Williams team with astounding artists Simon Fraser and Boo Cook to blast the Eleventh Doctor – as played by Matt Smith – into a tantalizing new era of time-twisting comic stories!