Diary of a Femen 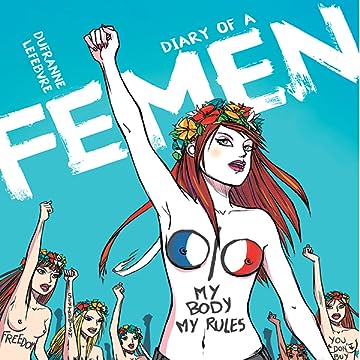 Diary of a Femen

The FEMEN movement began in Ukraine in 2008. It has since spread throughout the world, as far as Spain, Sweden and Belgium. In France it really began to catch on when Inna Shevchenko arrived in Paris, where she sought asylum after she was deported from Ukraine. She took refuge in the "Lavoir Moderne Parisien" theatre, which has now become the training ground of FEMEN activists in France. This project is a fictional story based on real events and witness testimonies collected by the author, who has been in personal contact with FEMEN France for over 4 years. The aim is to study this social phenomenon and open up debate on the subject without taking sides or pronouncing judgment. The journal follows the story of a young French girl who, after a number of negative experiences connected to her social status as a woman in contemporary society, decides to join the movement. It's not easy, and there will be consequences in her personal and professional life. She soon begins to question herself. A fascinating album that helps us understand the inner workings of the controversial feminist organization.