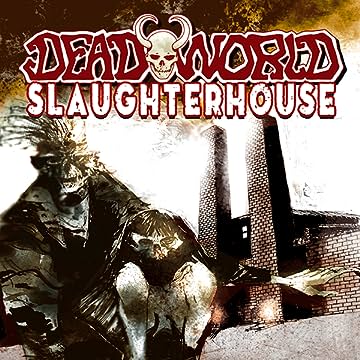 Follow-up to Deadworld: Requiem for the World graphic novel. Many humans find themselves trapped in a world of the walking dead and the living who will do anything to survive. The promise of "Safe Haven" reveals a much darker and sinister purpose, when victims find themselves in a medical facility, a "Slaughterhouse," which will stop at nothing to combat the zombie plague, including using humans as guinea pigs. Survivors find that the greatest horror may not be the zombies - but their own kind!