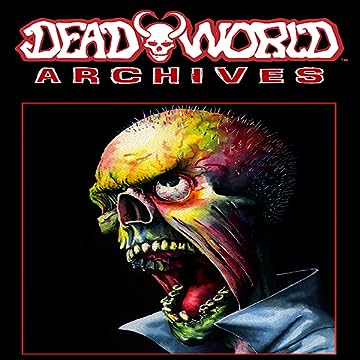 The beginning of one of comics’ longest running independents as Deadworld has had nearly 100 issues published over the years. And it all started here! Seven teens on a school bus, scrambling to escape the zombie apocalypse. Little did they know that there were also intelligent zombies and they had a plan…and they had a leader, King Zombie. Death becomes real to the teens as they lose some of their members and their hope that a riverboat will provide sanctuary proves futile. The Deadworld Archives series collects all of the original Deadworld series published by Arrow and Caliber Comics from the 1990s into a series of nine low priced graphic novels. This volume has the very first four issues of the series.