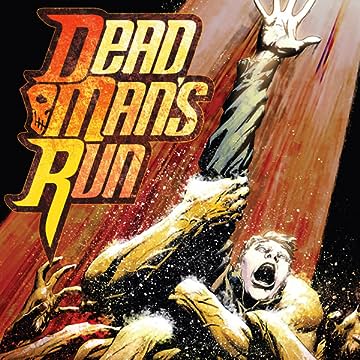 From acclaimed 'Hulk' writer Greg Pak, legendary 'Walking Dead' producer Gale Anne Hurd, and Tony Parker, artist of the Eisner-nominated 'Do Androids Dream of Electric Sheep', comes the biggest blockbuster series of the new year - DEAD MAN'S RUN! Hell is a prison from which none escape. That's not a metaphor. It's a concrete reality surrounded by razor wire and gun towers in the middle of the California desert. But today, a young cartographer named Sam Tinker begins an epic battle against the mysterious Warden and all the horrors of her domain, in a desperate attempt to rescue his sister Juniper--the only innocent in Hell! Get ready for an insane supernatural action-packed thriller, as Aspen Comics proudly presents its newest hit series, DEAD MAN'S RUN!