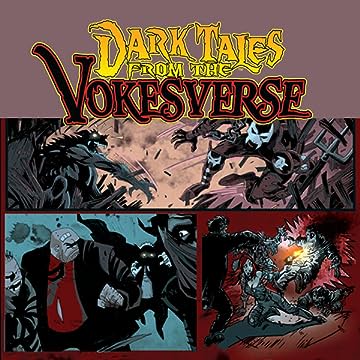 Neil Vokes has been illustrating comic book nightmares for over three decades. Now his classic blood drenched creations are being unleashed in an incredible universe of monsters and mayhem! Join a virtual army of horror writers who each bring a new vision of fear and fright to the forefront of the Vokesverse – including: Robert (Black Forest) Tinnell, Todd (Wicked West) Livingston, Jack (Eagle) Herman, James (Freddy vs Jason vs Ash) Kuhoric, James R. (Blood & Silver) Tuck, & more! In addition to six frightful new and classic stories, we also dig up a 30 year old classic that has lived in shadow and rumor since the mid-eighties – beware the Falconer has returned!