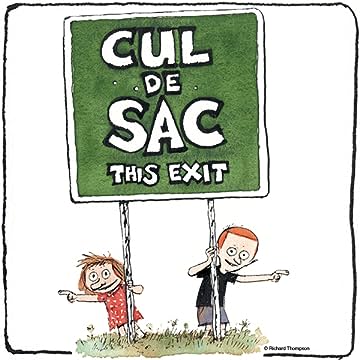 144-Pages! When Richard Thompson, creator of the cartoon strip Cul de Sac, learned that he had Parkinson's disease, the entire cartoon community was moved. From other cartoonists to fans, the urge to "do something" was overwhelming. Enter Chris Sparks, friend of and webmaster for Richard, who came up with the idea of joining the Team Fox effort. Having read two of Michael J. Fox's books, he knew about the foundation, which made him think of creating a Team Cul de Sac to honor Richard and to raise money for and awareness about PD. He set up the team with the foundation and began the quest to create a book that contributors would donate their original art to be included in the book and to be auctioned off later. All of the auction's and a portion of the book's profits will be donated to Team Fox. The response to Chris's call for art has been impressive. From indie cartoonists to noted syndicated, editorial, and magazine cartoonists to graphic novel artists, illustrators, and sheer Cul de Sac fans, the assortment of cartoon styles paying homage to Cul de Sac and Richard Thompson in Team Cul de Sac is truly inspiring.