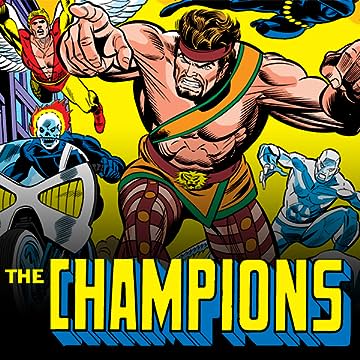 Meet Marvel's most eclectic super hero team! With the Avengers defending the East Coast, the Champions rise to defend the West. The team assembles for the very first time…amidst a skirmish of the Olympian Gods! Hercules and Venus are being hard-pressed into a plot to overthrow Zeus. Will Black Widow, Ghost Rider, Iceman and Angel, join Hercules in this battle for Olympus?