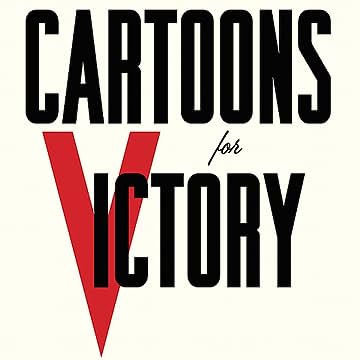 The home front during World War II was one of blackouts, Victory Gardens, war bonds and scrap drives. It was also a time of social upheaval with women on the assembly line and in the armed forces and African-Americans serving and working in a Jim Crow war effort. See how Superman, Donald Duck, Mickey Mouse and others helped fight World War II via comic books and strips, single-panel and editorial cartoons, and even ads. Cartoons for Victory showcases wartime work by cartoonists such as Charles Addams (The Addams Family), Harold Gray (Little Orphan Annie), Harvey Kurtzman (Mad magazine), Will Eisner, as well as many other known cartoonists. Over 90% of the cartoons and comics in this book have not been seen since their first publication.