Captain Stoneheart and the Truth Fairy 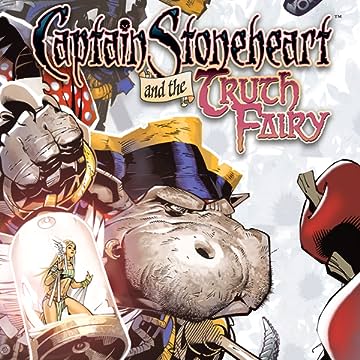 Captain Stoneheart and the Truth Fairy

CAPTAIN STONEHEART as he was known by tremblin ol Sea Dogs, was a Savage Nightmare of a Beast, feared not just for his Sword or his Ship or his Might, but most especially for his Temper. But as Water twists and turns on its way out to Sea, so did the bitter Captain s life, the Day he set Eyes on the TRUTH FAIRY... BEN 10 creator Joe Kelly and X-MEN artist Chris Bachalo craft a grim but beautiful tale of Broken Bones and Broken Hearts, featuring characters created for Richard Starkings' ELEPHANTMEN series.