Campfire Cooking in Another World with my Absurd Skill (MANGA) 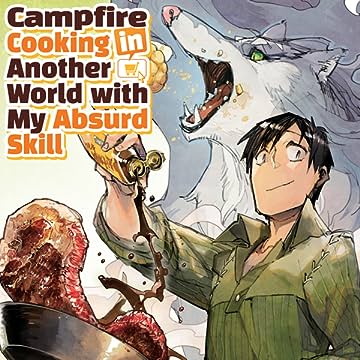 Campfire Cooking in Another World with my Absurd Skill (MANGA)

It's great being a hero! Super powers, loved by every-- wait, what? Brought over by mistake? These stats are awful, and the kingdom sure seems sketchy... And so begins Mukouda Tsuyoshi's life in another world. And if he thought his strength was bad, his special skill is... accessing his old online supermarket?! It's useless for combat, but if he plays his cards right, there's gold in rare goods. At least, that's what Mukouda thinks, but it turns out his modern food might be more special than it appears - and in this world, Japanese food isn't an everyday sight! Quiet days lead to silent storms, especially once a gluttonous fenrir starts causing trouble and asking for seconds!