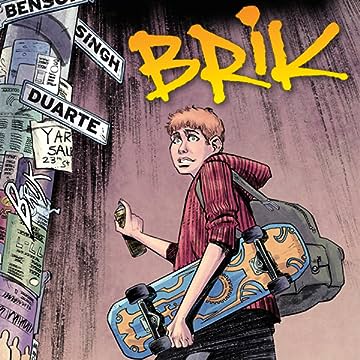 Drew is a bullied kid in the Yonkers neighborhood of New York City whose family faces encroaching violence from Russian gangsters. Before his beloved grandfather is killed in an attempt to muscle the family out of the neighborhood, he's able to pass down to Drew the story of a mysterious but dangerous protector who helped their people during other troubled times. When Drew finds his grandfather kept the secret to creating a golem, is it worth the risk to summon this supernatural avenger to take on the all-too-human darkness swallowing his world? An urban fantasy tale of power and morality from writers Adam Glass (Suicide Squad, TV's Supernatural) & Mike Benson (Deadpool, Moon Knight), amazing new illustrator Harwinder Singh, and colorist Gonzalo Duarte (The Bunker, Big Trouble in Little China)!