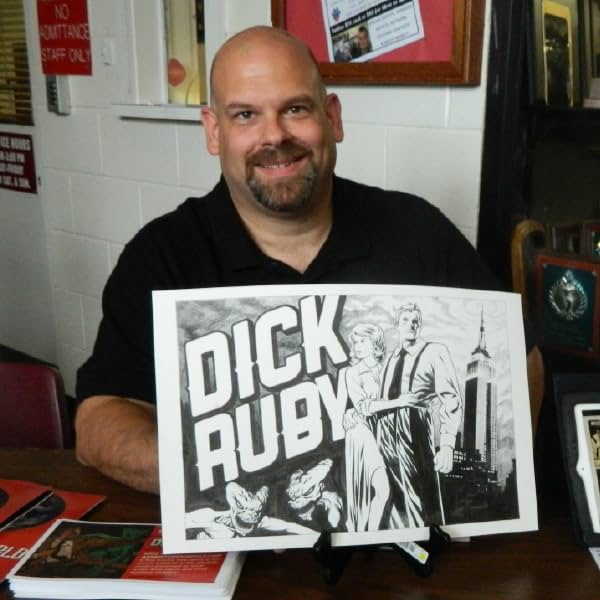 Rocketed to Earth from a planet of teachers, Brett was raised to believe that books were grown in book stores, actors made up their lines as they went, and comics were transcribed from cave paintings sent down by the Gods. Later when he learned of a secret cabal of brilliant mad-men who live in the secret spaces between the walls and called themselves "ry-turs," he decided he must join this secret sect. He promptly studied the craft of "ryting" in hopes that someone would someday barter enough goods for his services so that he could quit his day laborer duties at companies like Soulcrushers, Inc. and Happiness Hit-Men, LLC. His powers on this world have blossomed and he has discovered his ability to move faster than a speeding deadline, leap tall characters in a single bound, and thanks to Adventures in Pulp, develop cliffhangers more powerful than a Big Wheel. He searches in vein for the great (possibly mythical) "editor" who can help him overcome is greatest villains - "Runonsentence" and his sidekick, "Speling." You can contact him via a magic spell that involves the sacrifice of a VHS edition of "My Mother the Car," and the Green Lantern oath spoken backward while looking at your reflection in the oils of the unstirred all natural peanut butter or you can simply contact him via e-mail at either brettharriscomics@gmail.com or bretntraci@aol.com
Site Web : http://brettharriscomics.blogspot.com
Twitter : http://www.twitter.com/@BrettTHarris