Breath of Bones A Tale of the Golem 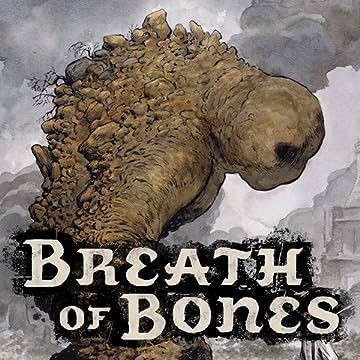 Breath of Bones A Tale of the Golem

A British plane crashes in a Jewish village, sparking a Nazi invasion. Using clay and mud from the river, the villagers bring to life a giant monster to battle for their freedom and future. Collects the entire miniseries. * 2012 Russ Manning Award nominee Dave Wachter! * From the creator of 30 Days of Night and Criminal Macabre! * Steve Niles's Breath of Bones has been called one of 2013's best series! "Everything Steve Niles touches is magic. Breath of Bones is a wonderful and emotional story.",Comic Book Therapy