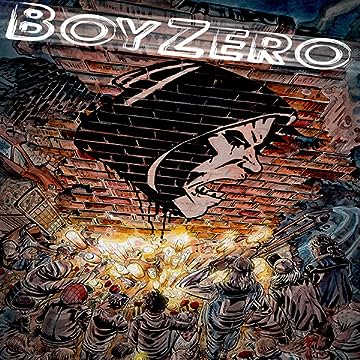 "The Ember Rose". A serial killer has crippled Glass City using fear, for the better part of a year. Killing to a soundtrack, he mysteriously has tapped into the city’s PA systems and radio frequencies; uniting and terrifying the city in the moments of his murders. Hope comes in the form of an anonymous letter with a tip-off to the ‘Throne of God’s’ next killing site. Racing towards the majestic Glass City with shotgun in tow, Detective Drekker is desperate enough to follow this anonymous letter. Then it happens, the speakers of the city crackle to life, and the song begins to play. Boy Zero is an epic noir spanning decades and two separate murder mysteries. The cases are somehow connected and Detective Drekker must connect them before the killings begin again.