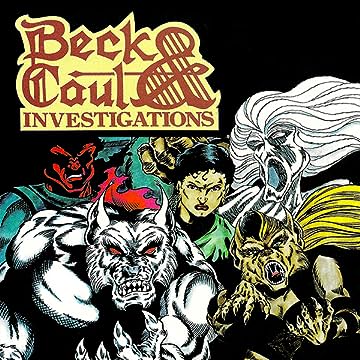 There is a place where evil resides. It is the place where mankind’s nightmares live…and breed. It is the Underside. From this realm of shadow was born Jonas Beck of the Werewolf Pack. Five centuries ago he forsook his dark nature and has since roamed our world protecting the prey of the Underside...us. From New Orleans comes a young woman of unique strength and spirit. Mercedes “Caul” Guillane was gifted with psychic abilities and from childhood has sought to help those in need. When their paths meld, the two embark on an adventure of witches and warlocks, goblins and ghosts, vampires and viperen, plus all the creatures from the darkest realms. From the blackness of the human heart to the ancient creatures that roam the Underside and beyond, Beck and Caul stand against evil in all its guises. In “Satyrday”, a serial killer is stalking young women and leaving a trail of horribly disfigured corpses. Mercedes “Caul” Guillane, a private investigator with a psychic gift, finds her missing person’s case leads her to a world she never knew existed. On the track of the killer, 500-year-old werewolf Jonas Beck knows the victims’ remains point to the supernatural. When their paths cross destinies are fulfilled and their journey into darkness begins.