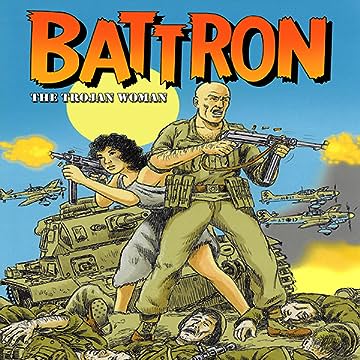 An action/adventure tale of the French Legionnaire soldier, Battron, "a man without a country", who is involved with the liberation of a freebooting French ship, the Martel, from a heavily guarded Vichy French port during World War II. The Allies want the ship destroyed; the Germans have sent serious resources and firepower to save it and keep it afloat. But a critical security leak in British intelligence could jeopardize not only the mission but Battron's life. The key is the beautiful former mistress of the Martel's captain, enlisted in the hope she can convince him to join the Free French movement with his ship. But has she told the Allies all she knows? And can Battron and his skillful commandos complete their dangerous mission in time under the luming shadow of the pending Allied invasion of North Africa? As things swirl around between the Free French, the Germans, and the German occupied French Vichy, a new player enters the fray...the Americans. Battron is caught between all of them in an attempt to secure the ship they all are desperate to obtain.