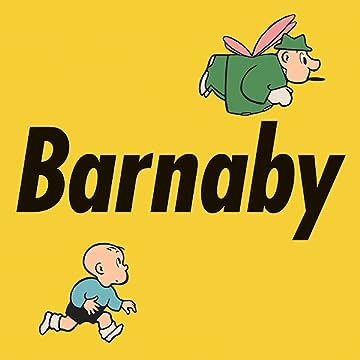 The beloved comic strip is finally given the Fantagraphics treatment. Barnaby's deft balance of fantasy, political commentary, sophisticated wit, and elegantly spare images expanded our sense of what comic strips can do. Barnaby revolved around a precocious five-year-old named Barnaby Baxter and his fairly godfather Jackeen J. O'Malley. Yet O'Malley, a cigar-chomping, bumbling con-artist and fast-talker, was not your typical protector. His grasp of magic was usually specious at best, limited to occasional flashes, often aided and abetted by his fellow members in The Elves, Leprechauns, Gnomes, and Little Men's Chowder & Marching Society. "I think, and I'm trying to talk calmly, that Barnaby and his friends and oppressors are the most important additions to American arts and letters in Lord knows how many years." -- Dorothy Parker