BATTLES OF THE WANDERING CHEF 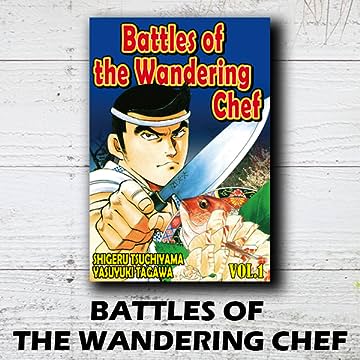 BATTLES OF THE WANDERING CHEF

The protagonist is the second son of the Yanagiya Restaurant, Short tempered and has had a lot of problems with the police. He trained himself in the art of flavor through working at street stalls. His creative way of cooking gives a glimpse of his true potential.\n However after learning the difference between an amateur and professional in his battle against his older brother who has taken over the family business, he has left on a journey to train... The 18 year old hooligan of a chef Musashi, from Mito. takes to the front lines, going to the extreme to create a flavor that captures the hearts and tongues of everyone who tastes it!!