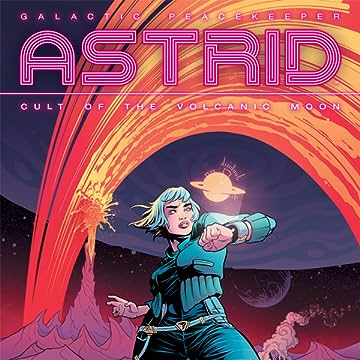 Formerly the Galactic Coalition’s top recruit, the now-disgraced Astrid is offered a special mission from her old commander. She’ll prove herself worthy of another chance at becoming a Galactic Peacekeeper . . . if she can survive giant insects, brutal sects, and the ancient evil of an uncharted volcanic moon, of course! Swedish comics creator Kim W. Andersson (The Complete Love Hurts, Alena) weaves a comedic sci-fi epic for fans of Firefly and Mass Effect!