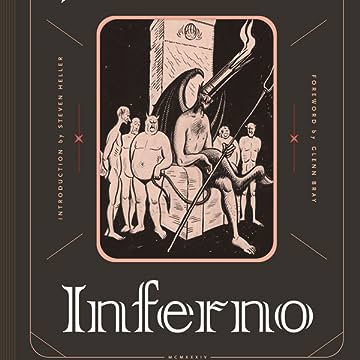 The preeminent American political cartoonist's classic reinterpretation of Dante's Inferno as a satirical indictment of capitalism ― as it has never been seen before. Capitalist oligarchs and their minions have been condemned to Hell, but they lead a hostile takeover, throw out Satan, and privatize the Inferno. Operated by a corporate monopoly who maximizes profits and misery, Hell has become the perfect capitalist paradise. Fantagraphics, the premier publisher of cartoon art, presents each page of Young's art scanned from the original and reproduced in full color. His brushstrokes are clearly visible and this artwork appears as it did on his drawing board. This edition also includes the original 1934 essays by Young and his "friend, admirer, and attorney" Charles Recht, a foreword by acclaimed graphic designer Steven Heller, and an introduction by art collector and documentarian Glenn Bray.