Army of Darkness: Shop Till You Drop Dead 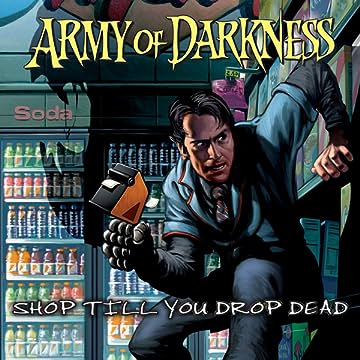 Army of Darkness: Shop Till You Drop Dead

Grab the keys to the Oldsmobile and break out the boomstick 'cause Ash is back! The wisecracking everyman with a chin of steel comes face to face with something worse than Deadite possession: Unemployment. Recently returned from his time traveling adventure to Egypt, Ash gets a taste of department store bureaucracy when he is docked for the damages caused to the store and discovers the evil spirit from the woods now inhabits the aisles of S-Mart. As a full-blown Deadite invasion manifests, Ash must fight his way through possessed shoppers and find the Necronomicon before the Army of Darkness is reborn in downtown Detroit.