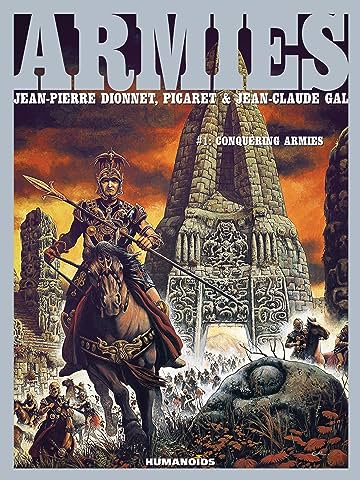 A collection of stories featuring an unstoppable army and an indomitable hero, all set amid the backdrop of barbaric and medieval lands. Jean-Pierre Dionnet, one of the founders of Metal Hurlant, started a new genre in comics when he collaborated with artist Jean-Claude Gal (Diosamante) in the late 1970s: Heroic Fantasy. It shortly thereafter gained the favor of the public and has since grown immensely. This is the occasion for all lovers of the genre to return to its roots. Witness, with the help of Gal's intricate style, the devastating effects of war as you follow an army's forward progress, and then join Arn's bloody quest for revenge.