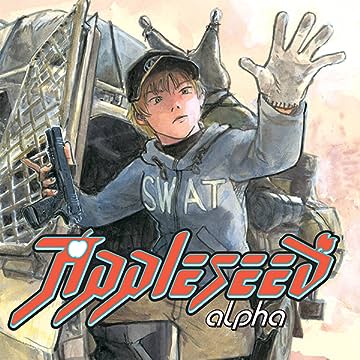 A NEW CHAPTER IN THE APPLESEED SAGA Before the events of Appleseed, Deunan, a human woman and former SWAT officer, along with her combat-cyborg lover, Briareos, arrive in war-torn New York City. The city’s mayor is a dapper but delusional cyborg, preparing for the UFO invasion he’s convinced is right around the corner. Briareos’s powerful abilities earn the pair refuge, but there are few human comforts to be found in a city catered to cyborgs…After the couple parts ways, the mayor’s nightmare takes a turn for the worse. Deunan’s group of outcast humans may be just the extra manpower the mayor needs—but can the two factions put aside their differences in time to save the world?