ApocalyptiGirl: An Aria for the End Times 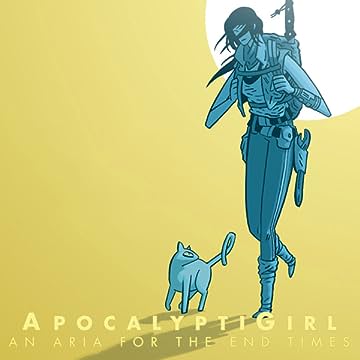 ApocalyptiGirl: An Aria for the End Times

The premiere graphic novel from underground sensation Andrew MacLean (Head Lopper), ApocalyptiGirl is an action-packed sci-fi epic! Alone at the end of the world, Aria is woman with a mission! Traipsing through an overgrown city with her only companion, a cat named Jelly Beans, Aria's search for an ancient relic with immeasurable power has been fruitless so far. But when a run in with a creepy savage sets her on a path to complete her quest, she'll face death head on in the hopes of claiming her prize and, if all goes according to plan, finally returning home.