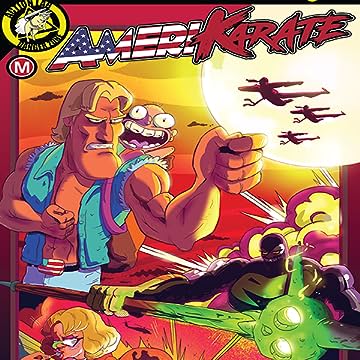 Sam Kickwell was the best of the best--until a terrible karate accident involving his brother and ninjas convinced him to hang up his black belt. Now he and his appendage-less sibling have moved to a town that has outlawed martial arts; a place they can finally be at peace—until the fateful day his enemies arrive, forcing him back into the only life he's ever known: Karate fighting for America. Featuring artwork by Devin Roth, lead character designer for the hit animated series, BOB'S BURGERS!