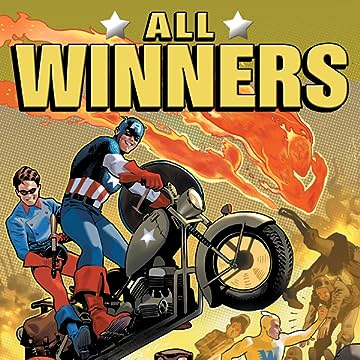 Captain America and Bucky...the Human Torch and Toro...the Sub-Mariner...Miss America...the Whizzer...THE ALL-WINNERS SQUAD! It's 1946 and World War 2 is over, but the memory of those lost in the War haunts everyone- especially when Times Square is overrun by undead soldiers wanting their lives back! And leading this tattered battalion are the two casualties the All-Winners Squad can't fight- the original Captain America and Bucky! Plus: a surprise romance that has all the tabloids a-twitter!