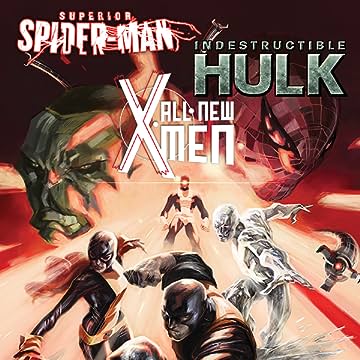 The All-New X-Men meet the Indestructible Hulk and the Superior Spider-Man! Doctor Octopus confronts the time-desplaced young X-Men, but how is he alive?! Ock's appearance gets the immediate attention of the Superior Spider-Man (who we all know is Doc Ock's mind in Spider-Man's body), and Bruce Banner helps Spidey and the young X-Men investigate the mysterious paradox - but before they learn the truth, they're shocked by the return of the believed-dead Abomination! Who is in league with these returned villains, and how can our heroes defeat them?