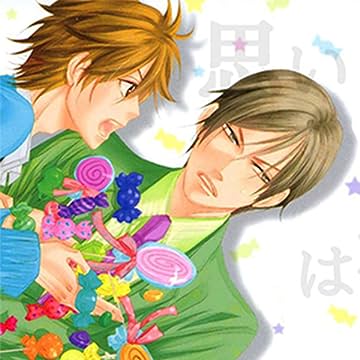 AVERTISSEMENT: graphic sexuality
Accidental Love: The high-schooler Fuji has a bad habit of taking other's attention too seriously. When he misunderstood his workplace manager's observing eyes as love, Fuji experienced lethal heartbreak that leads him to another misunderstanding. A random salaryman thought he's going to jump to the railway and deliberately pull him away! Since then, the two of them became acquaintance s, but is Fuji's growing feeling toward the older guy is just another fruit of misunderstanding? Welcome to the Fetish Restaurant: The chef from that popular pasta restaurant actually has the weirdest fetish ever -- he becomes turned on just by seeing people eating his cooked dish. "It's like someone is eating me!" One day, he couldn't resist touching himself while licking a hot customer used-fork.. but that customer suddenly went back and expose him! Instead of sue the chef, the young salaryman chooses to "torture" him by going along with the chef's fetish.. Will their relationship goes beyond "eating" each other?