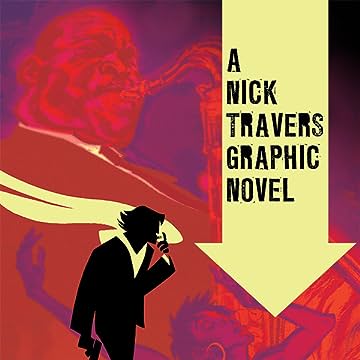 " From New York Times-bestselling author, Ace Atkins, comes the graphic novel adaptation of his Edgar Award-nominated story featuring New Orleans blues historian/detective Nick Travers. It's Christmas in New Orleans. For many, it's the best season of the year. But instead of spending time with the people he cares about, Nick Travers is investigating the death of his friend, Fats. At first it appears that Fats took his own life, but Nick quickly discovers that the saxophone is missing from Fats' apartment. He soon learns that there is more to the story than a simple suicide, and the woman who Fats had been paying to keep him company may hold the answers.